Into the Census - Another Story 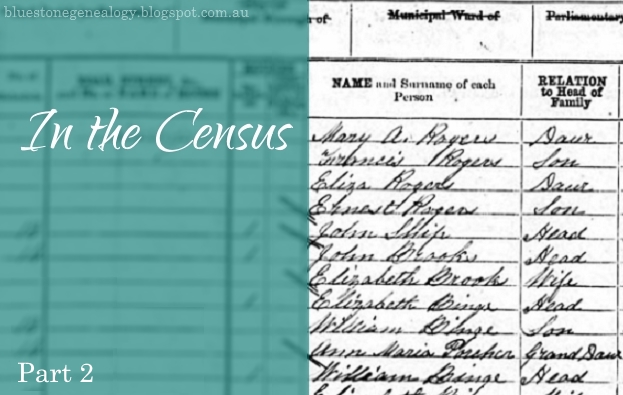 One of my previous posts discussed my British ancestors and their presence in the UK census. I wanted to write about another family who only shared a few short years together, compared to the Duce's many years (give or take) which was reflected in 30 years of census records. The sad story of Samuel and Charlotte Shorten is told between the 1841 and 1851 census.

Samuel Shorten was the son of John Shorten and his second wife Christiana, born in Washbrook, Suffolk, England in 1815. He was the half-brother of my 3x great grandfather, Goymer Shorten (which makes him my half-3rd great granduncle).

Samuel married Charlotte Parsons in Swaffham, a civil parish and market town in Norfolk, England in June 1839 when he was 24 years old and she was 18. By October that year, Samuel was working with his father who was selling pigs at the local Ipswich market in Suffolk [source: Bury and Norwich Post, 16 October 1839].

By the time of the 1841 census, Samuel and his wife Charlotte, were living with his parents John and Christiana on Bramford Road in the parish of St. Matthew, Ipswich where he was employed as an agricultural labourer. Shortly after, Samuel and Charlotte welcomed the arrival of their first child, Samuel Goymer Shorten. Samuel Jr. was christened at St. Matthew's Church in 1845.

Five years would pass before Samuel and Charlotte would be blessed with another child, and in 1846 they welcomed Thomas Elias Shorten into the world. He was christened on 7 March 1847 at St. Matthew's.


Samuel's father, John Shorten (my 4x great grandfather), passed away on 28 October 1848, with Samuel's mother Christiana having died four years earlier. This was the beginning of a dark period for Samuel and his family, with the only highlight being the birth of his daughter Hepzibah, born 30 March 1849 and christened at St. Matthew's on 11 April.

On the 29th August that same year on Handford Road in St. Matthew, Ipswich, when Hepzibah was merely 5 months old and only a few months following the passing of their son, Samuel passed away from cancer. He was 33 years old. With the passing of her in-laws, and the passing of her husband who was her only source of security and income, Charlotte was now faced with the prospect of supporting herself and her two young children.


The 1851 census reveals what happened to Charlotte and her surviving kids. Charlotte, Goymer (as  Samuel Jr. went by) and Hepzibah aged 9 and 2 years respectively, were living as paupers in Tattingstone, in Samford Union. They were living and working in the Samford Union workhouse.

The 1834 Poor Law Act was created with setting up the legal and administrative framework for the new poor law relief system. 15,000 or so parishes of England and Wales were divided up into administrative units called Poor Law Unions, each run by a locally elected Board of Guardians. By the late 1830s, hundreds of new union workhouse buildings were erected across the country. Entering the workhouse was seen as a last resort, and life inside was intended to be as off-putting as possible, acting as a deterrent to ensure people did not rely entirely on government funded support.

Entering the Workhouse was not as easy as simply declaring one's poverty; a somewhat distressing admissions procedure was in place which started with an interview to establish the applicants circumstances by the relieving officer or, occasionally, the master of the workhouse. A formal admission into the workhouse proper was authorised by the Board of Guardians at their weekly meeting where an applicant could be summoned to justify their application. Prior to their formal admission into the workhouse, new arrivals such as Charlotte would be placed in a probationary or receiving ward where they would be examined to determine their state of health. Those who were ill were placed in the medical ward. After the necessary paperwork was completed, Charlotte and her children would have been stripped, bathed and issued with a workhouse uniform made from a rough material while their personal clothing would be washed and disinfected, then stored for when (or if) they left the workhouse. Samuel and Hepzibah would have had their hair cut.


Men, women, children, the infirm, and the able-bodied were housed separately, so Charlotte would have been separated from Samuel. Hepzibah, being under seven years old, may have been accommodated with Charlotte, if it was deemed 'expedient.' They would have shared a bed in the female section of the workhouse. She was supposed to have access to her daughter 'at all reasonable times' though parents were allowed to have daily interview time with a child living in the same workhouse. Access to her children would have been at the discretion of the workhouse Guardians and, in some extreme circumstances, parents would have limited contact with their children, perhaps for an hour or so on Sundays.

They would have been given very basic and monotonous food such as gruel (watery porridge), and cheese and bread. Supervised baths were given once a week. Any sense of privacy would have been completely surrendered.

Able-bodied male inmates were given hard work such as stone breaking or picking apart old ropes called oakum, while  female inmates were assigned domestic chores such as cleaning, cooking, sewing and  laundry.  The elderly and infirm sat around in day-rooms or sick-wards with little to no opportunity for visitors.

In spite of these bleak circumstances, the workhouse was not a prison. People could leave whenever they wanted, if they were able to find work or financial support locally -'if', being the operative word, especially for a widowed woman with two children, such as Charlotte. Some inmates were known as 'ins and outs' who entered and left the workhouse quite frequently. For some however, their stay in the workhouse would be for the rest of their lives, as it was for Charlotte.

Perhaps the stress of losing her son, her husband, and her livelihood in such a short period of time coupled with the separation from her children and the stark conditions of the workhouse, but it all proved too much for Charlotte to endure as she passed away in 1852, three years after losing her son and husband and presumably, three years after entering the Samford Union Workhouse.

So, what happened to her children, Samuel Goymer and Hepzibah Shorten, after their mothers death? Well, that's a story for another time.

Be sure to never miss a blog post by following (if you have a Google account) or  subscribing to Bluestone Genealogy. Simply enter your email in the "Get Notified" section to receive notifications straight to your inbox.

All information regarding Poor House Unions and Workhouses was obtained from http://www.workhouses.org.uk  and is copyright of Peter Higginbotham. 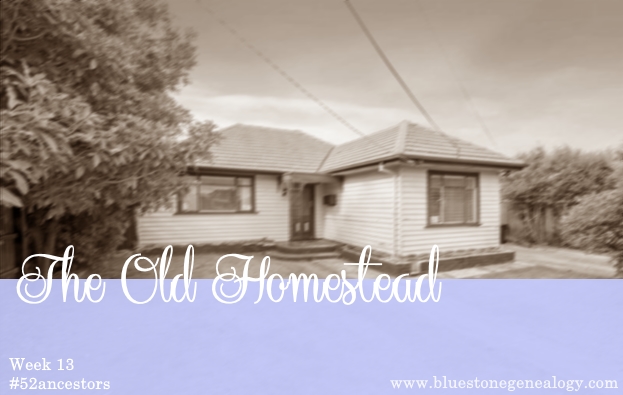